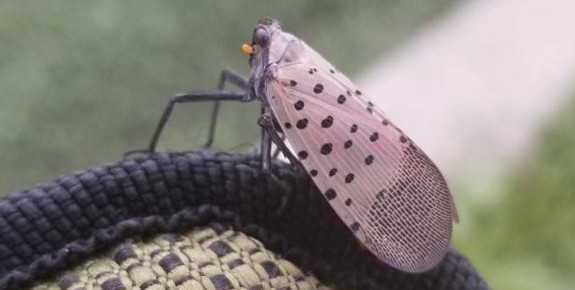 Lycorma delicatula, more commonly referred to as Spotted Lanternfly (SLF), is the newest invasive species to make its way to Pennsylvania. A plant hopper native to Asia, the SLF was first spotted in Berks County, PA in 2014 and has since spread throughout Southeastern Pennsylvania. Officials believe this pest could be one of the most devastating invasive species to reach our area. With threats to over 70+ plant species, including fruits, hops, trees, and grapevines, it has the potential to disrupt numerous agricultural industries worth nearly $18 billion annually. Additionally, we face the potential risk of losing more biodiversity, which is why officials are making considerable efforts to prevent the SLF from spreading even further throughout Pennsylvania.

How Did This Happen?

In most cases, the exact origin of an invasive species arrival is hard to pin down. Officials believe Spotted Lanternfly came through a port entry as an egg mass, most likely by cargo ship. The adult insect prefers to lay eggs on or near a plant you most certainly have seen before, Ailanthus altissima. This rapidly growing tree, more commonly known as “Tree of Heaven,” has the ability to outcompete native plants in our region.  It can grow in the most inhospitable conditions. Drive along I-76 or look in an abandoned lot and you are likely to spot this invasive tree, along with our new invasive pest, the Spotted Lanternfly. 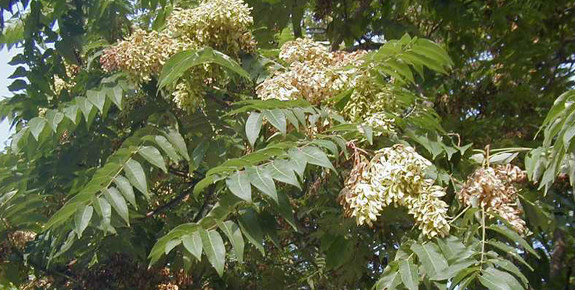 During the lifecycle of the SLF, the nymphs reach full maturation between July and December. The adult Spotted Lanternfly is primarily red, black and salmon colored with black speckled dots on the body and wings.  The female adult lays its eggs between September and December. 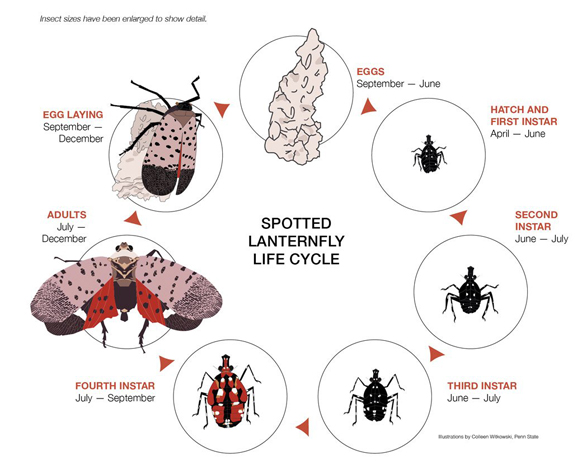 Recently, researchers have discovered that two strains of fungus native to our region, Batkoa major and Beauveria bassiana, have the ability to kill the SLF. Both fungi infect the SLF through their exoskeletons and spread throughout its body, killing it in the process. While there is no guarantee that biocontrol can expel the entire SLF population in our area, this new discovery shows promise in efforts to stabilize the pesky insect’s population. 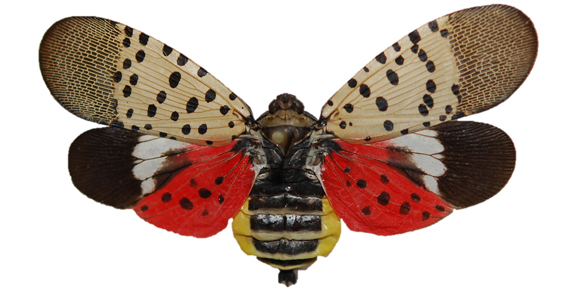 Photograph by Pennsylvania Department of Agriculture

How You Can Help