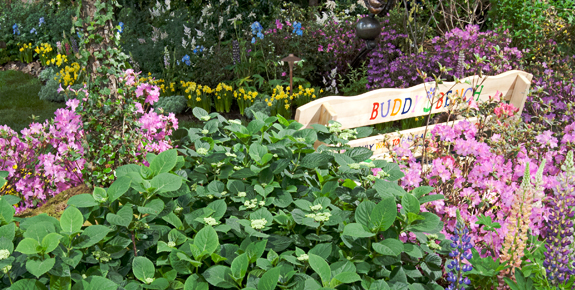 A Pennsylvania boy named Christian was looking at schools in Germany, where his family was planning on moving to.  Some of the schools had a Buddy Bench, a bench where kids feeling alone could go to let classmates know they were looking for a friend.  Christian and his family didn’t end up moving to Germany but he liked the idea so much he convinced his school to install a Buddy Bench.  It was a great success!

Buddy Benches are quickly spreading to schools across America.  Here are some tips to have a successful Buddy Bench at your school!

The Buddy Bench featured in our 2019 exhibit at the Philadelphia Flower Show was decorated with help from Mr. Casey’s 3rd grade class at Chatham Park Elementary and will be presented to them after the show.  Thank you to his class for helping us spread this fantastic idea!