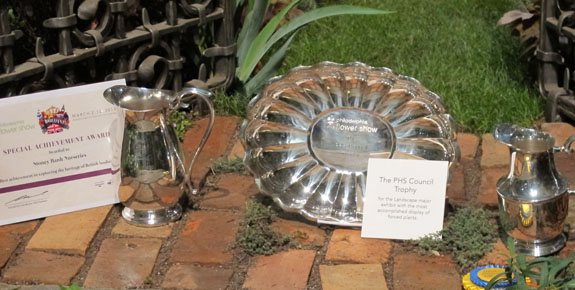 The PHS Council Trophy– For the Landscape major exhibit with the most accomplished display of forced plants.

Special Achievement Award – For a unique feature or design element.

Special Achievement Awards of the Garden Club Federation of Pennsylvania – Awarded, if merited, to an exhibit of unusual excellence (1,000 square feet and over) in the category of Horticulture.